Did Ya Know That? 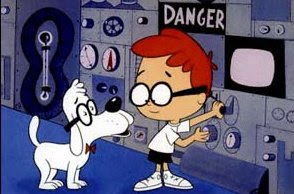 This is a quiz for people who know everything! I found out in a hurry that I didn't. These are not trick questions. They are straight questions with straight answers. Answers are found below so you won't be frustrated all day!

1. Name the one sport in which neither the spectators nor the participants know the score or the leader until the contest ends.

3. Of all vegetables, only two can live to produce on their own for several growing seasons. All other vegetables must be replanted every year. What are the only two perennial vegetables?

4. What fruit has its seeds on the outside?

5. In many liquor stores, you can buy pear brandy, with a real pear inside the bottle. The pear is whole and ripe, and the bottle is genuine; it hasn't been cut in any way. How did the pear get inside the bottle?

6. Only three words in standard English begin with the letters 'dw' and they are all common words. Name two of them.

7. There are 14 punctuation marks in English grammar. Can you name at least half of them?

8. Name the only vegetable or fruit that is never sold frozen, canned, processed, cooked, or in any other form except fresh.

9. Name 6 or more things that you can wear on your feet beginning with the letter 'S.'


Answers To Quiz:
1. The one sport in which neither the spectators nor the participants know the score or the leader until the contest ends: Boxing

2. North American landmark constantly moving backward. Niagara Falls
- The rim is worn down about two and a half feet each year because of the millions of gallons of water that rush over it every minute.

3. Only two vegetables that can live to produce on their own for several growing seasons: Asparagus and rhubarb.

4. The fruit with its seeds on the outside: Strawberry.

5. How did the pear get inside the brandy bottle? It grew inside the bottle. The bottles are placed over pear buds when they are small, and are wired in place on the tree. The bottle is left in place for the entire growing season. When the pears are ripe, they are snipped off at the stems.

8. The only vegetable or fruit never sold frozen, canned, processed, cooked, or in any other form but fresh: Lettuce

This was really neat! I got dwarf and dwell, but not dwindle. Other than that, the only ones I could answer were the ones about boxing and punctuation marks. So I guess that must make me a very geeky sports fan! Actually, though, we used to go to a restaurant that sold braised lettuce, so sometimes it is sold cooked, even though it always looked pretty vile and I never tasted it.

I know not much but I certainly got an education here today. Thank you. It was fun. I can't wait to show it to my hubby ♥

Goodmorning Sweet Sally!Hope you had a good weekend.I really did.Thoes little Grands can put a smile on your face no matter what.Hope you have a great day! Blessings, Faye

Sally
That was fun. I got some of the answers the "S" and one of the "Dw" words and I couldn't think of lettuce!! and I should have.
have a lovely day..
Judi

It is always good to learn.

Thanks for the challenge today!

Just a little toooo early for my old brain to operate, I knew the answers to all of them, and just too brain dead to remember them till I read the answers...lol...
Have a great day, and get lots of packing done.
Molly

The only one I got wrong was #8. I thought it would be banana. Do bananas ever come frozen, canned, processed or cooked?

I knew several of those answers because Lexi's teacher used a few of those questions for bonus points this past year.

That was a lot of thinking, I shouldn't have come by so early in the morning. lol

HI Sally
This was great fun ,but tough on this sleepy head after unexpected comapny for Memorial Day :)
Have a blessed day and thanks for getting my brain in gear I needed a jumpstart today.
Hugs

Interesting post...we should not ever stop learning!
:)Diane

Hi Sally, I got a little over half of them--but should have known more.. I missed the simple ones like lettuce.. ha

Have a great day. How's the packing?
Hugs,
Betsy

Wow! I needed this. It's good exercise for the brain. It's also humbling. I didn't do so well. Thanks for posting this. Now, get back to packing!

Thanks for letting me know you got the package..I sure hope you like what is in it...!! I thought of you the instant I found them....
xo bj

Once a teacher, always a teacher! THANKS for learning us something today. (he he) :)

Neat! But I only got 3 correct answers.
Cindy D

Hi Sally--this was a fun and informative post--thanks for some good information!

Well, I certainly learned something today, Sally! Thanks for the fun quiz...

What interesting facts I learned. I knew about the peach liquer, and I got 7 of the punctuation marks, and I have no idea why lettuce never came to my mind! Thanks for sharing this. laurie